Having witnessed the horrors of the 1965 War, Captain Manjit Singh Oberoi sided with his mother against the decision of sending a young Avinder to serve in the armed forces, much against the wish of his elder brother, Captain Bhupinder Jit Singh Oberoi, and father, retired SSP Sardar Tarlok Singh, who consider serving the nation a clan vocation. For Bhupinder, it was also a shot at redemption for his personal defeat in the war. Sandwiched between their divided views, Avinder Jeet Singh Oberoi joins the armed forces. But when he goes missing in action during the 1971 War, Manjit accuses Bhupinder for putting their brother in harmâs way. While Bhupinder embarks on a personal quest to find and save Avinder, Manjit finds himself in a situation on the western border where only infinite courage can save him. What will be the ultimate fate of the Oberoi brothers? Read this story of extraordinary soldiering, unparalleled brotherhood and deep-rooted family values, and witness how the Oberoi brothers, divided by the 1965 War, find themselves united after the war of 1971.

About Karan B. Oberoi

Karan B. Oberoi is the founder-member of Indiaâs first and only boy band, A Band of Boys, which went into history books with three platinum albums! As a former model, Karanâs face launched close to 200 products before he took the TV world by storm with his debut in Swabhimaan, followed by several other popular tele-serials like Saaya, Jassi Jaisi Koi Nahi, etc., and web series like Amazonâs Inside Edge.

This die-hard romantic, who has a penchant for spirituality, has donned many hats, such as that of a writer-producer of TVCs, soap operas, music videos, including the ones featuring his band. He has sung for films and is tied up with music label Saregama to recreate their old classics, and also has a solo album which will be released soon. His debut film, Strawberry Point, has been picked up by a Hollywood studio and is doing the rounds of the international film festival circuit before its India release.

He has travelled the globe as a performer, and left his mark in most prestigious colleges and schools of India with close to 1,100 shows! He has written screenplays for films and has started work on his next book, Gaane Bhi Do Yaaron, which is a tongue-in-cheek look at the music industry.

Other Books By Karan B. Oberoi

Kiran-nirvan is the pseudonym used by authors Kirandeep Singh and Nirvan Singh, a teacherâstudent duo. Together, Kirandeep and Nirvan have authored three bestselling booksâNasteya: The Aryan Saga, a fantasy action adventure; 21 Kesaris: The Untold Story of the Battle of Saragarhi, endorsed by the director of the movie Kesari, starring Akshay Kumar; and The Kargil Girl, co-written with Flt Lt Gunjan Saxena (Retd), and launched along with the Netflix movie on the same subject by Dharma Productions. Kiran-Nirvanâs books have been highly acclaimed by newspapers and journals (like Forbes, BBC, CNN News 18, Hindustan Times, The Telegraph, The Times of India, Deccan Herald, Millennium Post, etc.) for their innovative and well-researched storytelling. Currently, the author duo is working on some highly anticipated memoirs and true stories, with a couple of stories already acquired by major production houses for screen adaptations. 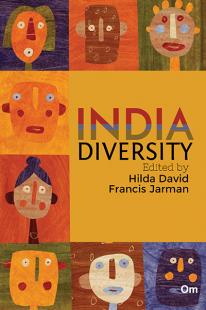 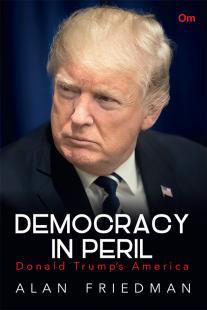