Most of us are slaves to what has been described as the monkey mind. Driven by the illusion of unrealistic dreams and expectations, and the need for external validation, we are constantly caught in a tug-of-war between our inner life and the external universe. Samir Soni too has spent a lifetime oscillating between these two worlds, agonizing over the golden mean to strive for. He found it by experimenting with silence, turning to his diary as a companion in this journey, and finding the comfort in his inner self that the world outside could never provide. In My Experiments with Silence, the actor lays bare selections from his diary to help the reader cope with questions that have agitated the human mind for aeons. Who am I? Why am I the way I am? Can I truly change myself? In the process he underlines that until you discover the ârealâ you, you are actually living someone elseâs life, fulfilling someone elseâs dreams, which were sold to you by the society at large. His engagement with the process of self-realization, the pitfalls and agonies that we open ourselves up to, the constant struggle between hope and despair provide a roadmap to everyone who has decided to undertake this arduous journey to oneâs inner self.

Samir Soni is an award-winning film, television and theatre actor. He was born and raised in Delhi. After finishing his schooling from St. Xavierâs High School in Delhi, Samir moved to Los Angeles for higher studies. He graduated (cum laude) from the University of California, Los Angeles, in business economics. Samir went on to work as a financial analyst in mergers and acquisitions for Merrill Lynch. After two years on Wall Street, he decided to chuck everything and moved back to India to pursue his true passion, acting. Over the last twenty-five years, he has won several awards and recognition for his work as actor in various mediums including web series. In 2018, he turned writer/director with his critically acclaimed debut film My Birthday Song, a psychological thriller, available on Netflix. Samir has been very vocal about the importance of mental health and challenging the meaning of the word âsuccessâ in society. He lives in Mumbai

Other Books By Samir Soni 100 Best Love Poems of All Time 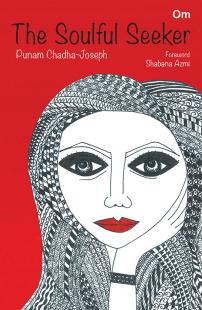 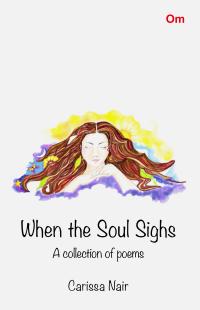 When the Soul Sighs : A collection of poems
Carissa Nair