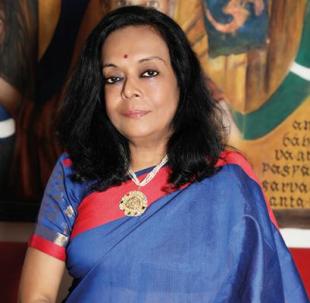 BHARATHI S PRADHAN, columnist, critic and best-selling author, has been editor of a variety of publications and has written several fiction and non-fiction books. Anything But Khamosh, the official biography of actor-politician Shatrughan Sinha, was an instant success while The Dark Horse mapping Priyanka Chopraâ€™s star trek as a winner against a pile of odds, topped the charts overnight. Mr Bidi, the biography of an industrialist and philanthropist, commissioned by a business house, won much appreciation and has been translated into Marathi too.With 45 years of journalism behind her, Bharathi is an advisory member of the Censor Board, a Founding Member and on the Managing Committee of the Film Critics Guild, and a Sunday columnist with The Telegraph. She is a strong voice on popular TV debates and is deeply interested in politics.