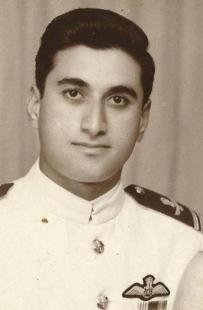 Dara Phiroze Chinoy was born in 1944 in a small town of Vijayawada in Andhra Pradesh. While he was studying in Loyola College,Andhra Pradesh, he joined the Air Wing of the National Cadet Corps. It was during this time that he decided to become a fighter pilot. Despite resistance from his family, he joined the 83rd Pilots Course in 1961 and finally earned his wings two years later. He was awarded the Vishist Seva Medal in 1966 for his great contribution to the Indiaâ€“Pakistan War of 1965. He held many important posts during his tenure with the Indian Air Forceâ€”Chief Flying Instructor; Squadron Commander; Joint Director of Staff Duties, later Joint Director of Operations; Chief Operations Officer; Station Commander, etc. He retired from the Indian Air Force in 1991 to join the Tata Group as a civil pilot. After retiring from there, he joined Anil Ambaniâ€™s company in 2006, and after a short but successful stint he finally retired in 2011. Dara Chinoy is a first-time author.Writing about his life was always on the cards. Eventually, after being interviewed by Vishnu Som on NDTV, he decided to put it to action, and Escape from Pakistan became a reality. He now lives a quiet and peaceful retired life with his wife Margaret and extended family on the outskirts of Bengaluru. He has two sons. In his free time, he loves watching Two and a Half Men and playing chess.